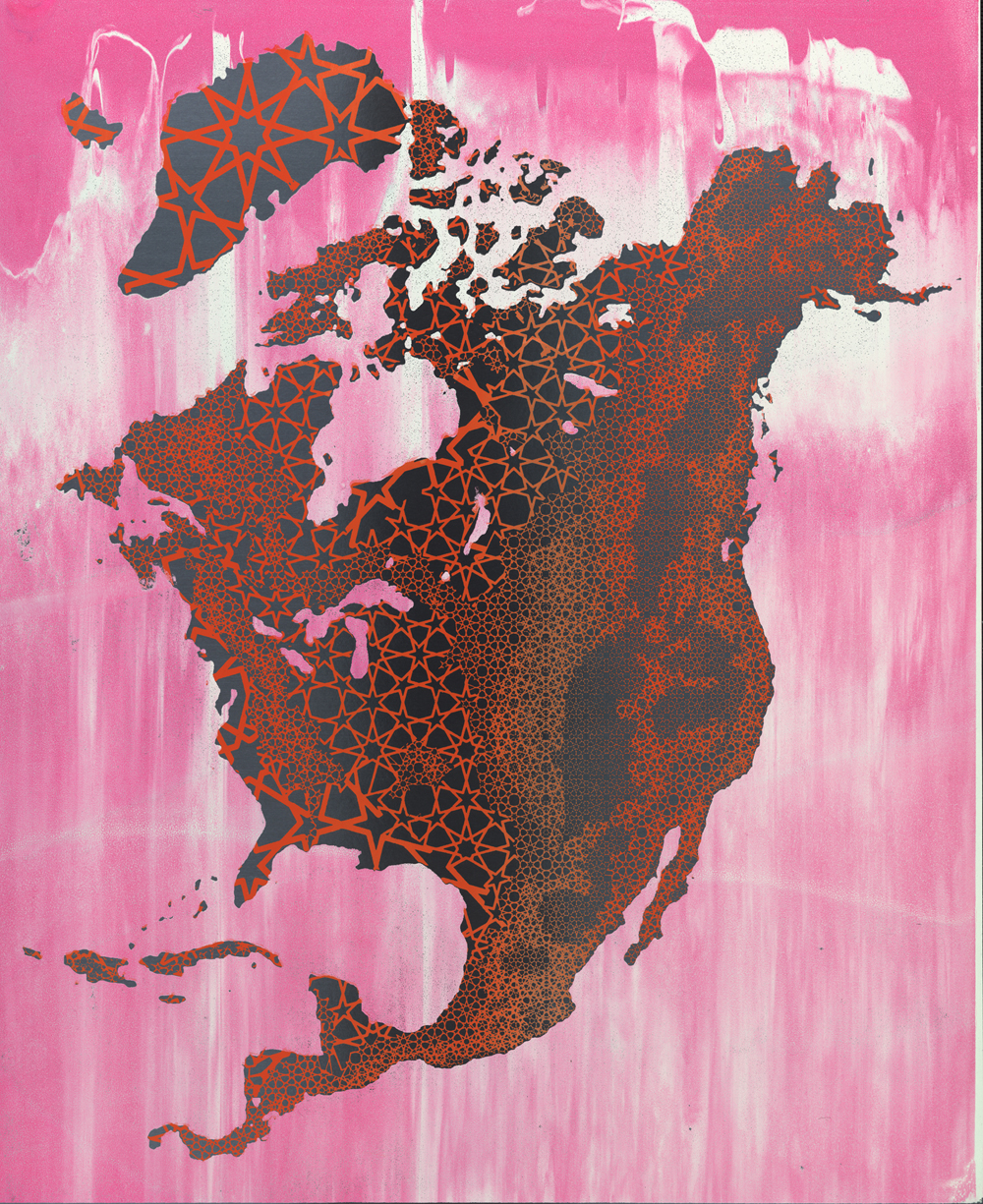 Raylene Gorum moved to New York City in 2001 after completing her Bachelors of Architecture at California Polytechnic in San Luis Obispo and Ecole d’Architecture in Paris.​

In 2003, she started her own design firm, Sweet 101, focusing on interior architecture, custom furniture, and textural redesign of spaces.

Professionally engaged in the speculative process of drawing construction plans, refining blueprints and bringing them to fruition in the real world, she dedicated her remaining time to crafting fantastical urban proposals on drafting film in vivid colors of layered tape and paint. In 2008, she had three solo shows of these proposals at Art Engine (San Francisco), Rowan Morrison (Oakland) and Shetler Studios (Manhattan). Her sketchbook books and prints and since been exhibited and collected internationally.

In 2009, she to designed, built, and started operating Baby Grand, a singing bar and micro art gallery in SoHo. The “Baby” is a place for patrons to explore self-expression, for Raylene to curate very small shows, and for everyone to go to sleep very, very late.

In the past two years, she has actualized some of these fantastical visions for cities and translated them into large-scale, site-specific installations in Brooklyn, Queens and Manhattan. Her largest one to date, occupied 165′ of windows across the street from MoMA on 53rd St in Manhattan. She is still running Baby Grand and is eager to continue fusing her artistic and architectural perspective with even larger, building-sized art.
• Trained as an architect at Cal Poly San Luis Obispo and Ecole d’Architecture in Paris
• Designed + operates + curates Baby Grand, a singing bar + gallery in Soho, NYC
• Currently focusing on large scale installations + reflective prints
• Sketchbooks and tapings exhibited in New York, San Francisco, London, Milan, Hong Kong, Tokyo, Taipei, and Brazil
• Nearly fainted when she found Rubans de Normandie, a tape store in Paris.

I enjoy blurring the line between print and installation, taking prints off the tradition place on a wall and cascading the them across window frames. The building becomes canvas, the print dynamic. The transparency of the work on the window creates a spatial relationship between indoor and outdoor and an interplay of available light.

In my heart, an architect is an artist whose work is made explicitly in consideration of its surrounding environment, at all scales. I started assembling works out of wallpaper found on job sites and the raw materials of hardware stores into proposals for full-scale projects that include their setting within the art; cities are fantastically rendered, nature is represented structurally. Blueprints for tessellated origami cluster and become foliage, flocks of birds reveal a harmonious mathematical graph, sky charts map galactic structures masked by our city lights.

These works in turn have grown to a more architectural scale themselves, coming full circle to create a dialogue with the space in which they are installed with pattern rich trompe l’oeils of vividly colored geometric “natural” scenes. It is my passion to continue translating these projects full scale in public spaces. For more information, visit: http://www.raylenegorum.com/

The new rotation will begin October 10th 2013 at dusk. Come by and experience the night life