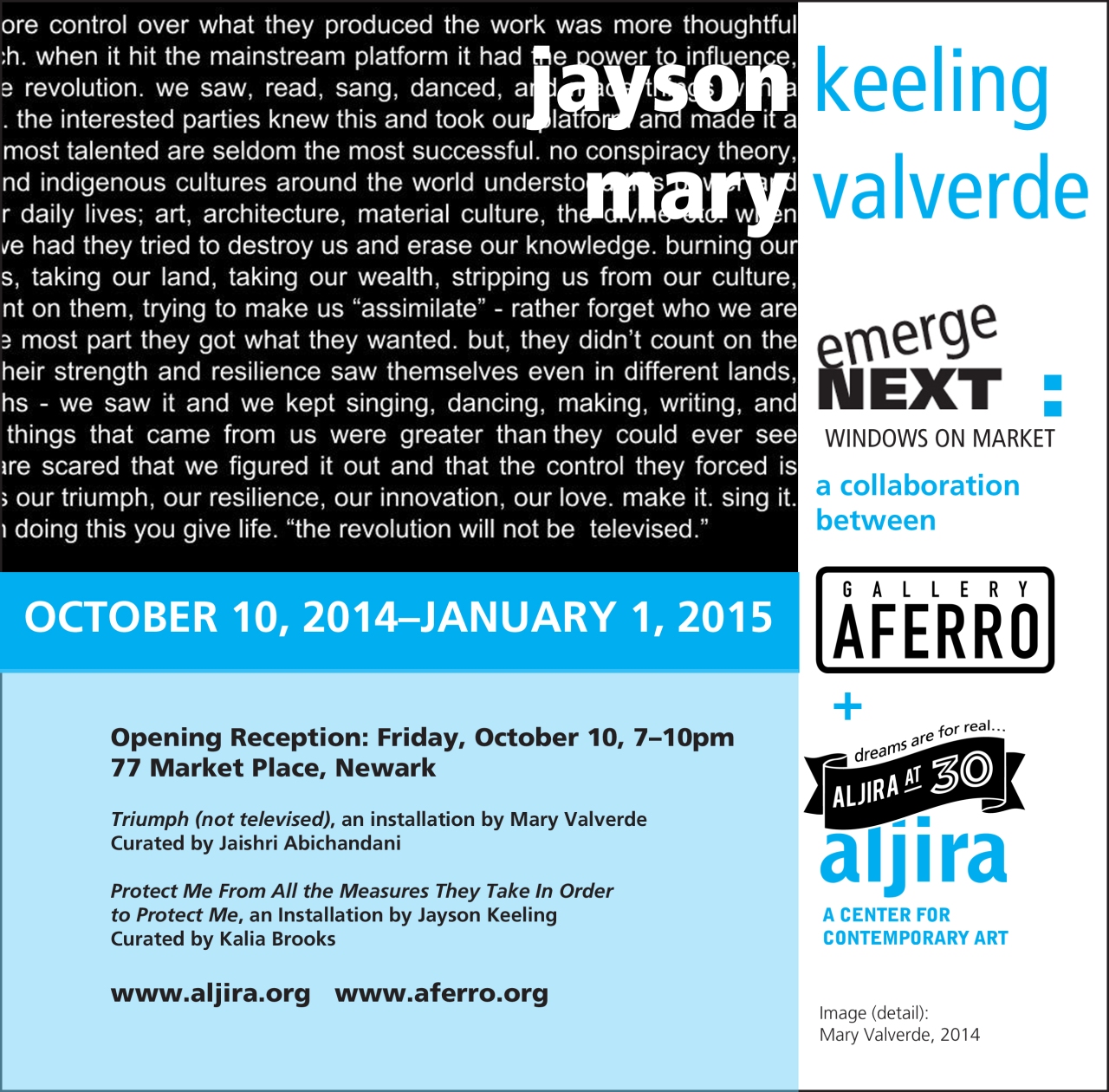 EmergeNEXT: Windows on Market Street is a collaboration between Aljira, a Center for Contemporary Art and Gallery Aferro, Newark

Jayson Keeling
Protect Me From All the Measures They Take In Order to Protect Me,
an installation

Aljira Emerge Fellow (2006) Mary A. Valverde was born in Queens, NY and is an interdisciplinary artist and professor based in New York. Valverde received her MFA at the University of Pennsylvania in 2012 and her BFA from the School of Visual Arts in 1999.

Aljira Emerge Fellow (2006) Jayson Keeling was born in Brooklyn, NY and attended The Fashion Institute of Technology. He lives and works in Long Island City, Queens. For most of his career Keeling worked almost exclusively in the medium of photography, but recently he has begun to explore painting, video and sculpture as well. Workspace Residency (2007-08), The Bronx Museum’s AIM 27 (2006) and Aljira Emerge 8 (2006).

EmergeNEXT is an initiative to continue engaging with Emerge fellows by offering advanced professional development opportunities, continued career guidance and solo project space to Emerge fellows further along in their careers

About EmergeNEXT: Windows on Market